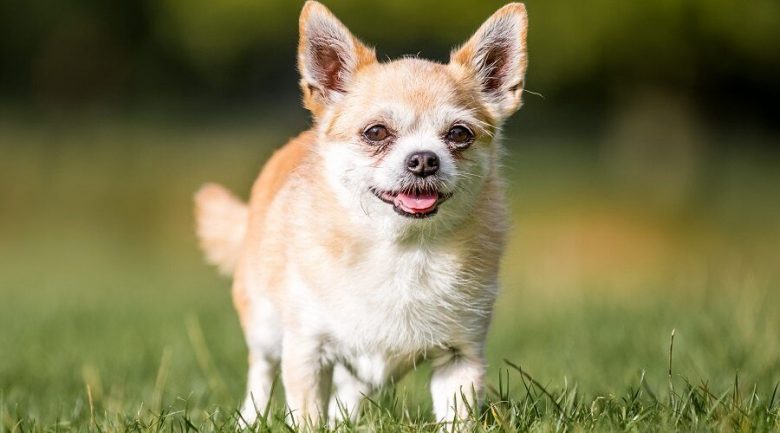 Would the Chigi be suitable as a guard dog?

A Corgi Chihuahua is a crossbreed of a Pembroke Welsh Corgi and Chihuahua and is often called a Chigi. A Chigi inherits characteristics from both its parents, a Corgi and a Chihuahua, which makes it a little difficult to predict its temperament. They are very small-sized dogs and are often referred to as a toy breed. This compact size makes it very easy for Pembroke Welsh Corgi and Chihuahua mix breed dog  to adjust in remote apartments. They are very friendly, loyal and affectionate like their parent breeds. They have a strong coat and are mostly found in an orangish coat. Chigis socialize well and with simple basic training can help the breed be very friendly. They are not really good watch dogs as they are usually quiet like their Corgi parent.

The Chigi is a relatively recent hybrid that serves as a companion dog. Although the Corgi has herding background, the Chihuahua is a longstanding companion dog. This breed is best suited for those that can give plenty of attention and keep them indoors. Families with pets are fine but this is a breed better suited to older kids.

As with all dogs, the Chigi’s dietary needs will change from puppyhood to adulthood and will continue to change into their senior years. You should ask your veterinarian for recommendations about your Chigi’s diet, as there is far too much variation among individual dogs–including weight, energy, and health–to make a specific recommendation.

The friendly Chihuahua Corgi mix gets along fine with other pets too, including the family cat, small furries, and birds. However, if your Chigi has taken more from his Chihuahua parent, he could prove to be a one-person dog.

The Chigi is a happy, loving, and intelligent dog. However, they can be fiercely independent, and training may be difficult. They do like to please so be certain to praise lavishly and offer great encouragement when teaching commands. The Corgi parent is known to nip at the feet of children; their instinct as a herding dog is still strong. He does not intend to hurt anyone; he is simply herding his charge back where he or she should be! Good for the first time dog owner, your Chigi may exhibit some watchdog tendencies.

While there is not much information on the Chigi breed itself, one can still learn much about the breed by studying the parent breeds. The smallest of the purebred dogs, DNA points to the Chihuahua as being descendants of the ancient Techichi dog of Mexico, a canine thought to have miraculous healing and medicinal powers. Kept by the Aztecs, these dogs were treated as regal beings – but were then cremated and buried with their owners at death. The smallest Chihuahua ever recorded was named Milly, weighing in at just one pound, and featured in the Guinness World Book of Records in 2014. Though the Chihuahua is a very tiny pet, he makes a good service and therapy dog. This breed was added to the roster of the American Kennel Club in 1904. The Corgi, according to legend, originated in the hidden sanctuaries of the Welsh fairies and were gifted to those who needed protection for their families and homes. The markings on the Corgi’s fur were said to be marks from the magical saddles placed there by the elves and fairies. Indeed a fairy tale looking dog, the Welsh Corgi is a breed that truly did work the land well and were quite proficient at herding cattle and sheep. Thought to have maybe descended from Swedish cattle dogs called the Valhunds, this breed was registered with the United Kennel Club in the 1920’s. The Pembroke Welsh Corgi was registered with the American Kennel Club in 1934 and the Cardigan Welsh Corgi in 1935.

Chigis as a Pack Animal

I adopted a chigi from my local animal shelter and named him Hank. he is a great dog!!! 4 yo, previous owner passed away. I think he’s been through a lot… another family adopted him before me but brought him back because they said he’s not good with children:/ but he’s great with me. very protective. it took him about 2 months to bark with us and I swear he follows me everywhere and favours me over anyone else in my family. he’s black and tan and we are so lucky to have found him.

The Chihuahua Corgi mix is between six and 12 inches in height at the shoulder and will weigh between three and 31 pounds, proportionate to the dog’s height. The Chigi’s ears are upright and stiff like both the parent breeds. The dog’s body shape has the long back of the Corgi, which can lead to health issues as previously highlighted.