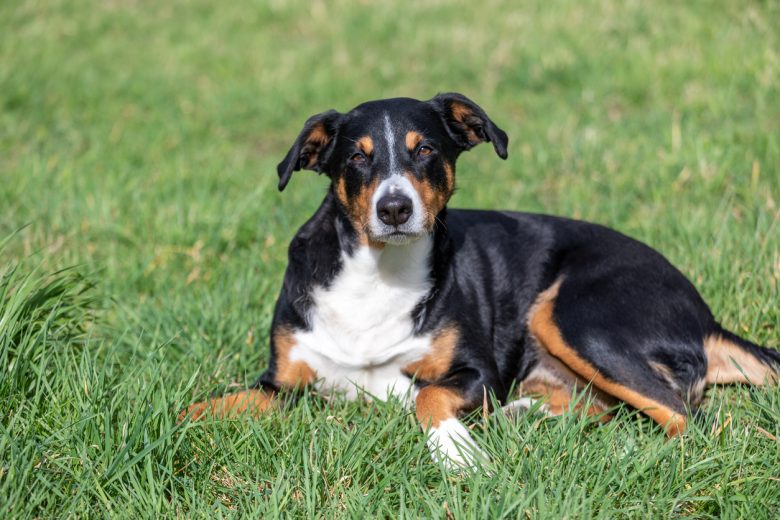 The Entlebucher Mountain Dog is not recommended for apartment life.

Entlebucher Mountain Dogs have moderate grooming requirements.   This breed should never need professional grooming, but it will need a thorough biweekly brushing.   Entlebucher Mountain Dogs do shed a significant amount, but they are not regarded as excessively heavy shedders.   This breed almost certainly sheds the least of the four Sennenhund breeds, but it will still give allergy sufferers and neat freaks greater problems than light shedding breeds.   It is highly advisable for owners to introduce their Entlebucher Mountain Dogs to routine maintenance procedures such as baths from as young an age and as carefully as possible because the surprisingly strong adults can offer serious resistance.