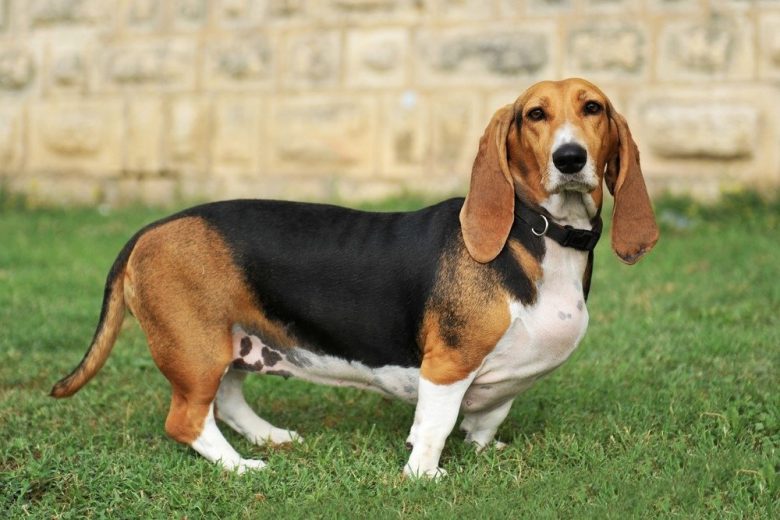 The basset hound has an even temper and is affectionate and loyal, according to the BHCA's breed guide. Because they were bred as a pack dog, they get along well with other pets—dogs and cats alike—and prefer to have company at all times. They can be pretty playful when socialized with other dogs. Their calm, gentle nature and all-around friendliness make them great for families with children, but don't expect much by way of watch or guard dog—basset hounds think everyone is their friend. As with any breed, it's important to properly socialize your hound from a young age. And, as with all breeds, it's important to teach children how to properly interact with dogs and always supervise them when playing with any animal.

No. Basset Hounds are neither good guard dogs nor good watchdogs. Basset Hounds have a deep bark that may scare strangers but once approached; they are very friendly even with strangers.

There are so many great things about having a pet around the house. Dogs make great pets, but they are not created equal. Some dogs are naturally mean-tempered and aggressive, while others like the Basset Hound are friendly and even-tempered. Some dogs are great swimmers, rescuers, and very protective. Basset Hounds are athletic, but they have their limitations in certain activities such as jumping, long-distance running, and swimming.

Background:The modern basset hound is credited to St. Hubert of Belgium, who bred his dogs at the Benedictine Abby In 1000 AD. They were known as St Hubert hounds at the time and eventually renamed “basset,” after the French word meaning “low. ”  Among St. Hubert’s litters were both bloodhounds and basset hounds. The basset hounds were described as “slow, short-legged dogs with deep mouths. ” It has been speculated that basset hounds were originally breed from genetic dwarf like dogs who were born in other litters of hunting dog. The basset hound was a favorite in France and England for centuries, valued for its ability to hunt small game. The basset hound was one of the few slow hunting dogs. This allowed for hunters on foot to catch up with their game before the dog scared it away. In Europe during the late 1800’s arguments began about whether the basset hound should be used as a show dog or kept as a hunting dog. America solved the problem by breeding basset hounds with both show and hunting traits. It’s said that both George Washington and Napoleon Bonaparte owned basset hounds.

Basset Hound University (BHU) is dedicated to preserving our breed’s past legacies and working for the future of our breed by providing practical online education programs in areas of interest to Basset Hound Fanciers. In so doing, BHU will help carry forth the mission of the Basset Hound Club of America.

Because of their friendly traits, Basset Hounds are great family dogs! Their kind nature and spunky personality makes them a great fit for many homes.

Basset hounds are domestic dogs that prefer to stay right by their owner’s side. Your dog will need daily walks and a moderated diet to prevent obesity. You should also plan on taking your basset to the vet for regular checkups, especially if they have had any joint issues in the past. Finally, remember that puppies need to be trained from a young age to help them learn commands despite their stubborn streak.

Basset Hounds as a Pack Animal

Hemangiosarcoma is a type of bleeding tumor that affects Basset Hounds at greater than average incidence. These tumors commonly form in the spleen, but can form in other organs as well. Unbeknownst to a pet owner, the tumor breaks open and internal bleeding occurs. Some tumors can be volleyball-sized or larger before signs of sickness show. We often find clues that one of these tumors is present during senior wellness testing, so have his blood tested and an ultrasound performed at least yearly.