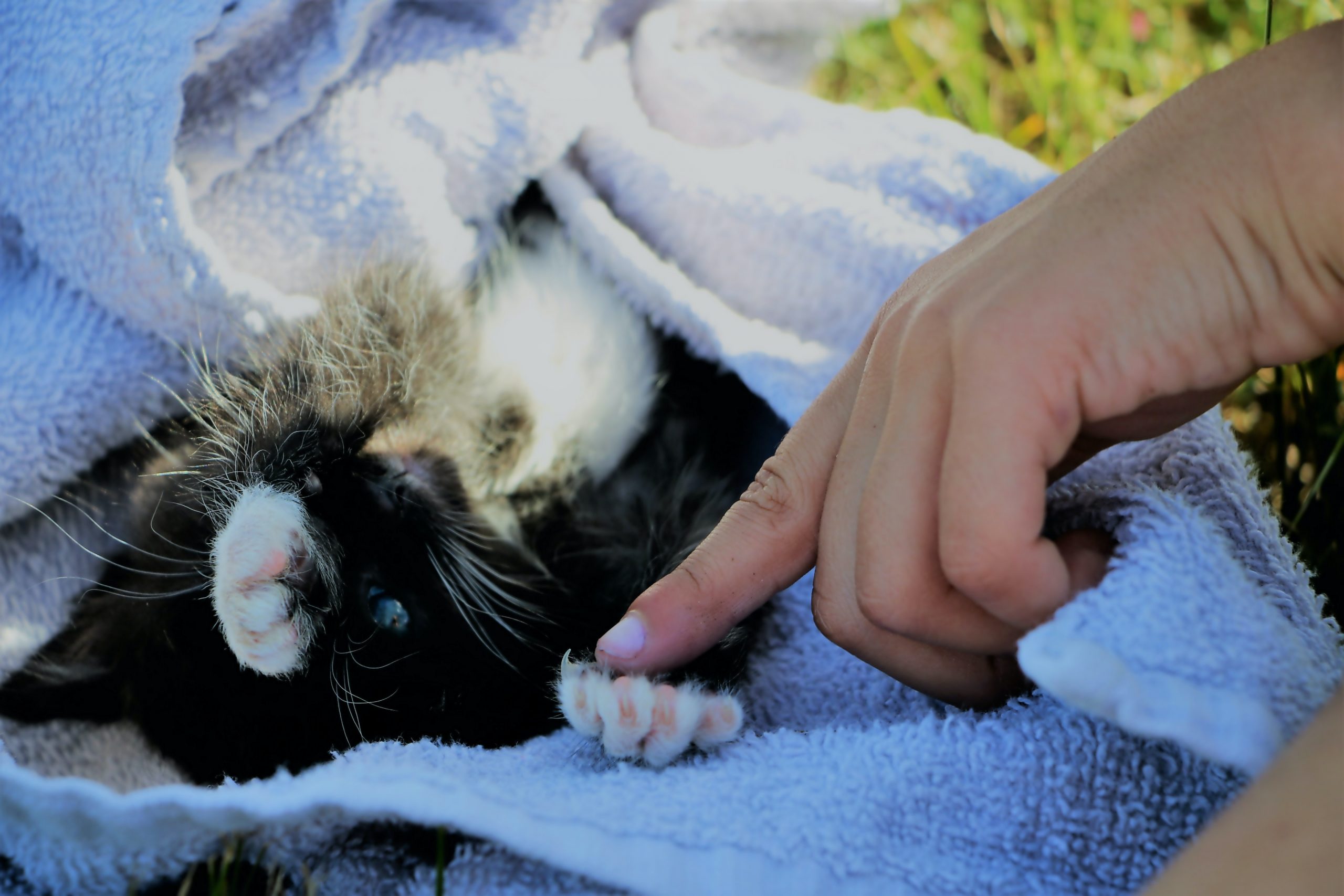 Like fingernails in humans, cat’s claws also grow back continuously. The claws of indoor cats or older animals are often too long. This can lead to painful complications. This article provides tips for cat owners and explains how to properly trim cat nails.

The horn-made cat claws are true universal tools: They help the cat to climb, to catch prey, to defend against attackers and of course to scratch it when the fur is itchy.

Cats are one of the few animals that can retract or extend their claws when needed. When walking, the claws are retracted and rest in the so-called claw pocket. With the help of a flexor tendon at the lower end of the paw, the cat can extend its claws at lightning speed.

Cats each have five clawed toes on their front paws, whereby the “thumb” has no contact with the ground. On the other hand, there are only four on the hind paws.

Why is clipping so important?

Because the claws are retracted when the cats walk, they hardly wear out. However, they constantly grow back – just like the fingernails in humans. That is why they have to be cut regularly.

Cats usually take care of their nails themselves. Release prisoners sharpen their claws on trees to cut them and sharpen.Indoor cats use to their scratching post – and sometimes, unfortunately, theSofa .

The existing ones are sufficient, especially for indoor cats Scratching furniture often does not work. Even with old or sick velvet paws, the sharpening of the claws no longer works so well. Such animals often have claws that are too long. In these cases, you should cut the cat’s nails.

Problems with claws that are too long

Too long claws can be dangerous to a cat and cause serious injury:

When do I have to cut cat’s claws?

How can you tell whether the claws of your velvet paw are too long and you have to cut the cat’s claws?

A sure sign: you hear the claws “click” when your house tiger walks across a smooth floor. Then it’s high time for a pedicure.

Even if your four-legged friend suddenly walks differently or no longer likes to move, it may be due to claws that are too long.

The most reliable method, however, is a regular check of the paws.

How to cut Cat’s claws properly

Good preparation is half the battle when it comes to cutting the claws. Therefore, prepare everything you need beforehand:

It is also best to organize someone to help you with this. Cutting your claws is much easier with two people – especially if your darling is not in the mood for this procedure. 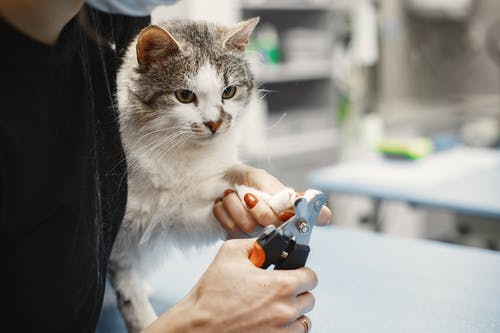 The strength is to be found in the serenity

Before you take action, you should create a calm and relaxed atmosphere so that your cat does not get scared. If your cat is hungry, stressed or in a playful mood, you should postpone clipping its nails to a later date.

You need the right instrument to trim the claws. Under no circumstances should you use large scissors because if the cat fidgets you can seriously injure yourself and your pet.

Even nail clippers for humans are only of limited use, because the claws can splinter when they are clipped. A special claw clipper for animals is better: It has a round recess for the tip of the claw.

Claw scissors are also suitable for cats and small animals. In principle, these work like normal scissors. The only difference is that the two blades have a special shape and a special cut.

Whichever tool you choose, it should be sharp enough so that the claws don’t get crushed.

How to cut the claws

It works best with two people: one person holds the cat so that it cannot fidget and the other trims its claws.

To hold on, sit on the floor and hold the cat between your legs. The cat’s bottom points in your direction so that the way to the back is blocked.

Then carefully take one paw in hand and lightly press the ball of the paw so the claws come out. Now you or your helper can shorten the claws. Don’t forget your thumbs on your front paws.

Cutting cat’s claws: do not damage nerves and blood vessels!

Inside the claw are nerves and blood vessels – easily recognizable as a reddish area in the middle of light claws. This claw marrow does not extend to the tip of the claw. You can cut off the inanimate part, which consists only of horn.

Be careful and if in doubt, cut too little. Otherwise the claw may bleed. Also note that the nerves and veins grow with the claws. The longer the claw, the longer the blood vessel.

With dark claws, the veins are difficult to identify. In this case, you can illuminate the claws with a flashlight before cutting the claws to distinguish the pith from the horn. If that is not possible either, you should ask your veterinarian for advice.

What to do if it bleeds

If the claw is still bleeding after five minutes, you should take your cat to the vet.

After the procedure, your cat will have one Deserves a snack . Give her plenty of praise if she’s been good at it.

How Often Should You Cut Cat’s Claws?

Usually, it should be enough to cut your cat’s nails every two months. Claw trimming is usually not necessary for free walkers.

The cat resists cutting its claws

Not every kitty can endure the shortening of her claws without resistance. But do not hold it with force. Stop if your cat is fidgeting too much or even becomes aggressive. Otherwise, there is a risk of your animal or yourself being injured.

If your cat doesn’t cooperate at all, you can also trim the nails of one of them Let the vet take care of it. Cutting the claws costs around $15 to $20.