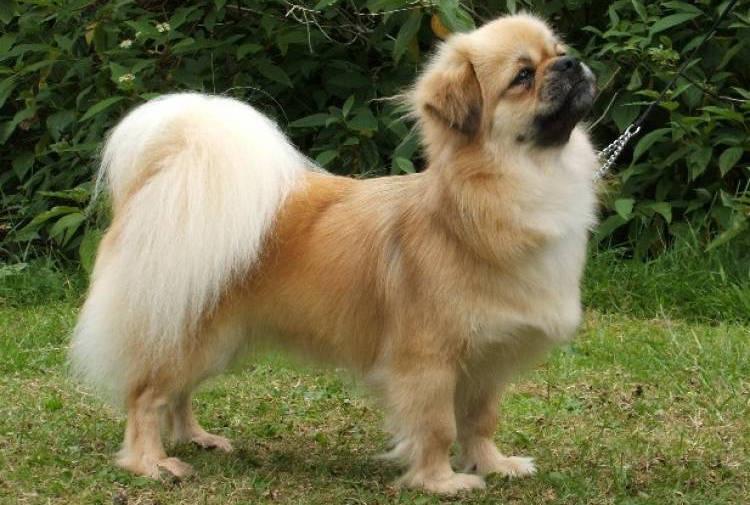 This gentle four-legged alarm dog, once used by monks as monastery guards, is becoming increasingly popular as a pet dog around the world. In some dog sports, Tibetan Spaniels are highly prized.

Tibetan spaniels get along well with children of a certain age. The breed is devoted to his family and loyal to them, but they can be shy around strangers. When strangers or other animals approach, Tibbies make excellent watchdogs, barking. This dog can live happily in an apartment if he is taken for daily walks. In a fenced-in backyard, they can also thrive.

Despite the fact that her Tibetan Spaniel temperament makes her an excellent watchdog, she is not aggressive toward people.

Background: Since 1100 BC, the Tibetan Spaniel has been depicted in early Eastern art. Tibs wasn’t your average guard dog. In Tibetan monasteries, they were known as “little lions” and were highly prized. They sat on the monastery walls, watching the surrounding countryside and barking if they saw danger. Tibetan Spaniels were also given as gifts, and the Tibetan Spaniel was recognized by the American Kennel Club in 1983.

The Tibetan Spaniel has its origins in Tibet’s Himalayan Mountains, dating back to 1100 BC. They were bred to serve as watchdogs and companions in Buddhist monasteries. Tibetan Spaniels were highly prized pets that were frequently given as presents. Tibbies were popular in Tibet only until the late 1800s, when they were first introduced to England. Because of their heritage as monastery wall sentinels, the Tibetan Spaniel, also known as the Little Lion, enjoys keeping watch from high places. Tibetan Spaniels are happy and charming when they are given the attention they crave. The Tibetan Spaniel is a generally healthy breed with an average lifespan of 13 to 15 years.

Some have compared the Tibetan Spaniel’s personality to that of a cat. Tibetan Spaniels, for example, will climb onto furniture to get a better view of what’s going on, which could be influenced by their previous work as watchdogs.

Tibetan Spaniels as a Pack Animal

Tibetan Spaniels should be socialized with a wide range of people and situations starting at a young age. They are fiercely protective of the people they care about. Even after socialization, they are typically reserved around strangers. If startled or uneasy, a Tibetan Spaniel will express their distrust with loud alarm barking. Tibetan Spaniels are fiercely independent&#91;3&#93; and stubborn, with a proclivity to wander off and explore rather than come when called. Both the AKC and the FCI breed standards demand this temperament: assertive, independent, and alert.

To help your Little Lion live a longer, healthier, and happier life, incorporate her routine care into your daily routine. It is impossible to overestimate the importance of a healthy diet and exercise routine.